Sodium is a nutrient that plays an important role in maintaining fluid balance in the body. It is vital for the proper functioning of muscles and nerves. On the other hand, most people consume too much sodium, because of bad habits or because of the quality of prepared foods. For this reason, the subject of low sodium foods is becoming more and more popular. The Institute of Medicine recommends 1500 mg of sodium per day and advises people to limit sodium intake to less than 2300 mg per day. But we eat too much sodium and significantly exceed this recommendation. This leads to sodium overdose, increased rates of high blood pressure, heart attack, and stroke. Low sodium foods can help us to prevent serious problems and diseases. High blood pressure is a main factor for heart disease and stroke.
Which are low sodium foods?

To limit the intake of sodium, read food labels carefully. Surprisingly or not, most of the salt we take comes not from the salt shaker, but is “hidden” in many of the foods we buy. These are foods high in sodium.
Sodium overdose causes increased rates of high blood pressure. This must be a sign of consideration for people with hypertension, which should limit the intake of sodium.

Attention: Before using any diet, consult your doctor. 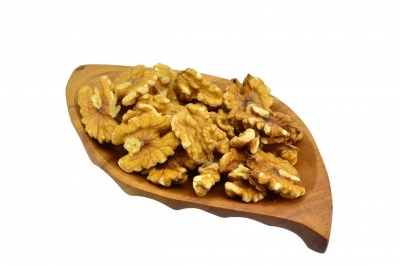 Walnuts are one of the World most healthiest foods. It is rich in healthy fats, proteins and carbohydrates. They are an ideal combination for absorption by the human body. The sturdy walnut shell keeps nutritious and healing properties of the nut for a long time. The ratio of linoleic and linolenic acid in walnuts is …