What is thiamine? Thiamine is a vitamin of B group, which is vital to the human body. It is soluble vitamin and is also called vitamin B1 or aneurine. Thiamine is not stored in the body, which means it must be taken daily. Vitamin B1 is necessary for normal functioning of the nervous, cardiovascular, endocrine and gastrointestinal system.
Many people do not get enough vitamin B1 in their diet. There are many thiamine foods, so it is not a difficult task to include them in our daily diet. Some of the foods high in thiamine are sesame flour and sesame oil, unflower seeds, macadamia and Brazil nuts, grain products, fish and more.
To understand what is thiamine good for, we need to see its main functions and benefits.

What is thiamine and which are its functions?

Why is important to include thiamine foods for a healthy diet. Some of the most known thiamine functions and benefits are:

These are some of the main functions of vitamin B1 that are helpful to understand what is thiamine good for. As one of the essential nutrients, Vitamin B1 can play an important role in the prevention of certain diseases, such as alcoholism, heart failure, depression, epilepsy, Alzheimer’s disease, Crohn’s disease,  AIDS, multiple sclerosis and others. Thiamine foods are important part of a healthy and nutritious diet.

There is one more answer to the question what is thiamine good for. Thiamine is known for his role in preventing beri-beri disease, characterized by the deficiency of nutrients. Beri-beri, literally means “weakness” and was widespread (especially in parts of Asia) in the early 20th century. Its is characterized by muscle weakness, lack of energy and inactivity. One of the reasons why the good amount of thiamine foods in our daily diet is important. 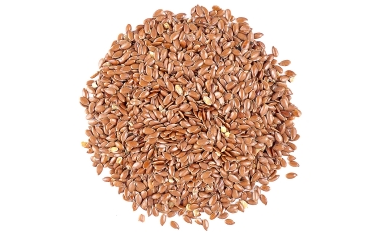 What is flaxseed? Is flaxseed gluten free? Yes. Naturally, it is gluten free. Flaxseed become more and more popular because of the wide range of healthy benefits that it provides. It is widely used in many breads, muffins, cookies, crackers, cereals, desserts and etc. Rich in omega-3 fatty acids, fiber and lignans, flax seeds are a healthy …