What is gluten and where it is used. Gluten sensitivity. 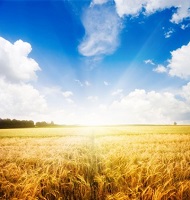 What is gluten? Gluten is a protein found in wheat, rye and barley. Many whole grain foods also contain gluten – kamut, bulgur, triticale, farro, durum, emmer, spelt, . To answer the question what is gluten, you have to know that gluten is actually formed of two different proteins: gliadin and glutenin. Gluten itself does not provide any nutritional benefits. The nutritional benefits /like vitamins and iron/ are in the whole grains, that contain gluten. Gluten gives elasticity to dough and a chewy texture of some products.
What is gluten and where it is used? Gluten is used in cosmetics, medicines, supplements, often present in beer, and gluten is used as a stabilizing agent in more processed food products. Sources of gluten are also pastas, noodles, breads, pastries, cereal, sauces and more.
People with Celiac Disease have an abnormal immune response to gluten that damage the lining of the small intestine. Most common symptoms of celiac disease include:

About one percent of the US population have celiac disease. It is important to know what is gluten .
There is another condition called gluten sensitivity, that causes a person to react to gluten. The Symptoms are very different and include fatigue, gastrointestinal problems, abdominal pain, diarrhea and more. Gluten sensitivity is a different condition from Coeliac disease, that do not cause an intestinal inflammation or damage to small intestine that correlate to celiac disease. Currently, the only treatment for gluten intolerance and coeliac disease is following a gluten-free diet.
Products that are gluten – free are marked with the Crossed Grain Symbol. The Crossed Grain Symbol means that the product don’t contain gluten. The symbol can only be used under licence by companies and organisations that meet a range of criteria to ensure that they are gluten-free.
Nowadays more and more people want to know what is gluten and choose to follow a gluten-free diet, despite the fact they have not Coeliac disease. Many scientists have different opinions about whether or not the gluten is dangerous for people who have NOT celiac disease. The question is not absolutely clear at the moment. May be in the future we wil understand the true about gluten. 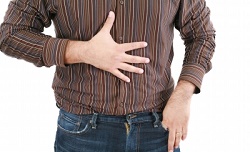 Diverticulitis is inflammation of small pouches in the colon walls. They are filled with the solid fecal matter, which leads to severe pain. They form the environment for bacteria to grow in the pouches. This can lead to infection or inflammation. The question of which foods to avoid with diverticulitis is quite difficult. Is there a list …