What are purines and a low purine diet?
Uric acid is produced in the body due to the complex processing of substances called purines. The final product of the degradation of purines is uric acid, which is removed from the body through the kidneys. Purines are contained in foods and are part of a balanced diet. They are needed by the body, but should not be too much.
Low purine foods are important for people who suffers from gout. Purines are not only a substance that is found in foods, but also they are produced naturally by the body. The uric acid levels in the blood depends on the balance between the production of purines in the body, purines from foods and those eliminated by the kidneys. Prolonged intake of certain drugs (salicylates, diuretics), alcohol abuse, and especially beer, violate the purine metabolism.
Low purine foods and low purine diet can not cure gout, but can help to prevent gout attacks.

A low purine diet is a diet based on low purine foods. Here is a list of some foods that are low in purines:

This list does not mean to eat only low purine foods. Purines are important for the body. Your doctor will tell you what to eat and what to limit in a low purine diet.
Foods high in purines are those with high concentration of cells – liver, pancreas and kidney. Avoid also fat fried meats, broths and offal. Vegetables rich in purines are: rhubarb, spinach, beans, eggplant and plums, mushrooms, cauliflower.

Attention: Before you follow any low purine diet, consult your doctor. 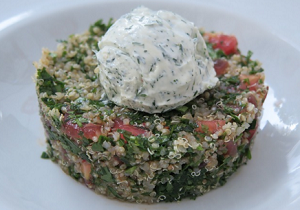 Is quinoa gluten free ? Is quinoa flour gluten free? There are many questions related to quinoa that bothers people with coeliac disease and gluten intolerance. Nowadays the market offers a really huge range of quinoa products – pasta, flours, desserts, breads, breadcrumbs, and much more. Which of them are safe gluten free food alternatives? …