Glycemic Index determines how quickly blood sugar rises after ingestion of foods rich in carbohydrates. Glycemic index (GI) arranged food on a scale from 0 to 100. Low glycemic index foods are important for people with diabet and those with problems with sugar levels.
Carbohydrates that break down quickly and abruptly released glucose levels are with high GI. Those that release glucose gradually have a low GI. They are contained in low glycemic index foods.
Different foods have different GI values. Richer in fiber, low-calorie foods have a low glycemic index and therefore thanks to them, we lose weight. These are foods such as some fruits, vegetables, fish, lean meats.

Which are low glycemic index foods ?

In every organism, glycemic response to food varies due to individual variations in the absorption of food. Here is
examples of foods divided in three categories according their Glycemic Index.

Foods that have a high glycemic index are absorbed more quickly by the body and returns the feeling of hunger quickly.

Foods that are broken down slowly by the body and do not cause large fluctuations in the level of sugar and insulin levels are the basis of the diets associated with intake of low glycemic index foods.

Low glycemic index foods does not always mean healthy. Croissant has less glycemic index of watermelon, but that does not mean that the croissant is preferable. Watermelon is rich in vitamins, minerals and antioxidants. 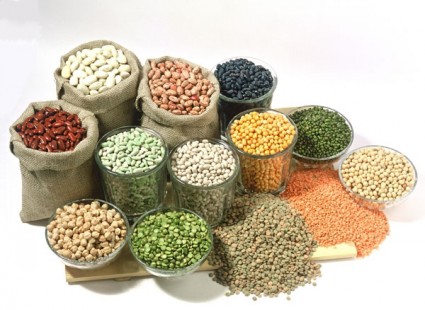 What is thiamine? Thiamine is a vitamin of B group, which is vital to the human body. It is soluble vitamin and is also called vitamin B1 or aneurine. Thiamine is not stored in the body, which means it must be taken daily. Vitamin B1 is necessary for normal functioning of the nervous, cardiovascular, endocrine and …