To answer properly of the question “Is Scotch gluten free ?”, first we have to look at the questions: “What is Scotch?” and ‘What it is made of?

Scotch is a Whisky made and distilled in Scotland and aged at least 3 years. May be made from malt (malt Whisky), grains (grain Whisky) or a mixture of both – blend (blend).

As you see Scotch is made from a gluten containing grains. But you also know that according to many Celiac disease associations and organizations ( like American Celiac Disease Alliance) “Distilled alcoholic beverages are gluten-free”.  Many research shows that the gluten is too large to carry over in the distillation process. That makes alcoholic beverages gluten free after distillation process.
But why many people with Celiac disease and gluten intolerance have many kinds of reactions after drinking Scotch and other types of Whisky?  On the other hand, there are many people that don’t have reactions at all.

There is one more point we want to pay attention. Many manufacturers add coloring to Whiskey. That coloring may contain gluten ingredients. So, you have to be very careful. Always ask the manufacturer of the particular alcoholic drink if it is gluten-free or not.

What about gluten free Scotch and Whiskey brands?

Nearly all known whiskey brands produce whiskeys made with gluten-containing grains. Despite the statement that “Distilled alcoholic beverages are gluten-free”, the final product of these brands cannot be advertised or labeled as gluten free Scotch or Whiskey. Many people drinks Whiskey and Scotch without reactions and many people do not drink because they have side effects.

There is a brand that is known to be a gluten free whiskey brand: Queen Jennie Whiskey, by Old Sugar Distillery, because it is made entirely from sorghum.

Unfortunately there is’t clear answer of the questions : “Is Scotch gluten free?” and “Is Whisky gluten free ?”

For your help there is a great Gluten and Food Labeling guide by U.S. Food and Drug Administration that can help you and teach you how to find gluten free alcoholic beverages. 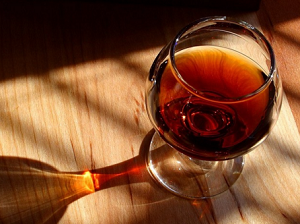 Is brandy gluten free ? Is it safe for people with coeliac disease or gluten intolerance? Some people may think that these are easy questions due to the fact that brandy and cognac usually are made from grapes. But there is a really wide range of brandies worldwide (such as blackberry, cherry, ginger, peach brandy) and many flavored brandies …