Is barley gluten free? Is malt gluten free? Does barley contain gluten? These questions are crucial for people with celiac disease and gluten sensitivity. Barley contains gluten. More over, it is one of the main gluten-based grains. Barley, wheat and rye are the main grain-based sources of gluten. All foods made with barley contain gluten. On the market there are a wide range of products that include barley such as: malt, beer, bread, cookies, desserts, canned or pre-made soups, etc . Also, barley is a common sweetener in many processed foods.

Malt is a product made of barley. It also can be made of wheat. So, malt contains gluten!

Barley / Hordeum vulgare / is a very important forage technical culture. It is a major cereal grain that is grown widely. Barley is one of the oldest cereal grains known to mankind. Some of the more recent studies show that barley has appeared for the first time in southeast Asia.

As we mentioned above the answer of the question ‘Is barley gluten free?‘ is NO. Barley and all products that are made with barley contains gluten. Barley and barley products are not safe for people with gluten related diseases such as celiac disease and non celiac related gluten sensitivity.

Malt is a raw material for the production of beer (or whiskey). Malt is made by barley or wheat.

Always read labels and / or ask manufacturer to find out if a particular product contains gluten.

Label reading is an essential skill in following a gluten-free diet. Many celiac disease organizations have explanation and guides how to read labels. For example Label Reading 101 of Celiac Support Association is a very helpful tool. 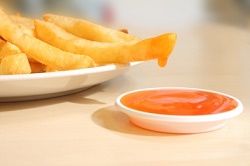 Gastritis is an acute or chronic inflammation of the stomach lining, which may be due to a wide range of reasons such as error in diet and nutrition, too much alcohol, infection with Helicobacter pylori. Essential part of the gastritis treatment is a healthy gastritis diet and knowing which foods to avoid with gastritis. The most common types …