Ulcer is like a small cut on the stomach or duodenum. Causes of stomach ulcers can be poor diet, irregular meals, eating very hot or spicy foods, stress, etc. Certain foods can irritate the ulcer. To feel better without pain, there are foods to avoid with ulcer.
Depending on the location of the ulcer, it is divided into: gastric ulcer (located on the stomach), duodenal ulcer (on the initial sections of the small intestine), esophageal ulcer (on esophagus).
Another cause of stomach ulcers is Helicobacter pylori – bacteria that settles in the stomach and eats away its lining. This type of stomach ulcer can be treated with antibiotics. But to be successful treatment, it is important to be followed an appropriate ulcer diet.
Which are foods to avoid with ulcer, that can irritate?

For accurate and correct ulcer diet should consult your doctor. Here is a list of most common foods that can irritate the ulcer.

Some people who have ulcers can consume any food without feeling discomfort. For many others people eating certain products can cause irritation and production of too much heartburn and burning.  There is no one correct ulcer diet for all with stomach problems. You should plan your meals so that contain products that you tolerate.

UMMC recommends as a part of ulcer diet to eat foods rich in fiber, especially from fruits and vegetable, foods containing flavonoids.

Attention: Before following any ulcer diet, consult your doctor. 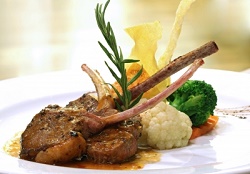 Amino acids are needed for most of the processes in the body, playing an integral role in our lives. Amino acids are often described as the building blocks of proteins, as they are important for their synthesis and overall body function. Scientists have discovered more than 50 amino acids, 20 of which human body uses to make …