Gallstones is a pathological condition of the biliary system, known in medical literature as cholelithiasis. Gallstones are pieces of the chemicals and substances that form in the gallbladder or bile duct. Gallstones diet is an essential part of the treatment. There are foods to avoid with gallstones, for a period of time, to relieve pain.
Some of the factors, which cause gallstones are: changes in the composition of bile, biliary (bile) stagnant, bacterial infection. There are two main types of cholelithiasis: cholesterol gallstones and pigment gallstones. Cholesterol stones are about 80% of gallstones. They are often single, with different size. Have white-yellowish color and soft, crumbly texture. Pigment stones (bilirubin) are mostly small. They are hard, brown-black color and polygonal shape.
Which are foods to avoid with gallstones?

Attention: Before following any gallstones diet, consult your doctor.

Attention: In the presence of any of these symptoms you should call your doctor. Do not self-diagnose. 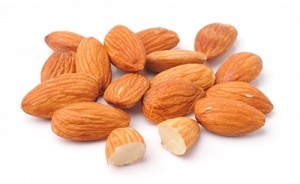 Low carb foods and snacks list and ideas Although the human body use carbohydrates as the main source of energy, some people prefer to eat low carb foods or foods with much lower carbohydrates. This practice is becoming more and more popular. Often, people who eat foods without carbohydrates want to cause increased body fat burning, also …