There are many diseases caused by bacteria. According to the ability to cause disease in humans, there are tree types of bacteria:

Many human diseases are caused by pathogenic bacteria – bacteria that cause infections. The bacteria may be a gram positive (e.g., streptococci, staphylococci, pneumococci) and gram negative bacteria (e.g., Escherichia coli, Pseudomonas, Proteus).
Many species of bacteria living in the human organism are normal inhabitants of the skin, the oral cavity, the gastro – intestinal tract, uro – genital system. The vast majority of microorganisms that live in the human, are harmless or even beneficial. These include bacteria, which help to produce certain vitamins, digestion of food and absorption of nutrients.
Different diseases are caused by pathogenic bacteria in a healthy organism. Infection can occur in different ways: through direct contact with an infected person, through dirty hands, through unwashed fruits and vegetables, contaminated food or water, insect bites, etc.

Bacterial diseases list include a large number of diseases and infections. Here are some of the most common.

Other diseases caused by bacteria

Sometimes a bacterium causing a particular bacterial disease, but may also cause various diseases. Bacteria emit various exo – and endotoxins that influence certain organ systems in the body. 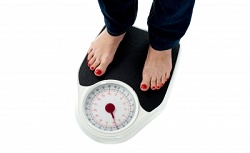 There is so much information about the harmful effects of overweight and obesity, but bad obesity statistics is steadily increasing. Knowing and preventing causes of obesity and overweight will help us to achieve a healthier lifestyle. What is obesity? Obesity is not just an aesthetic issue. This is a disease state in which there is a 50 to …